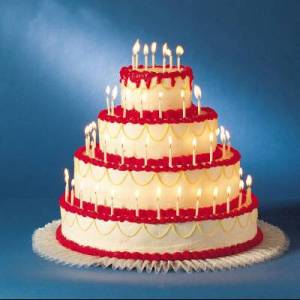 August 5th would have been Robert Taylor’s 109th birthday. Robert Taylor’s career spanned four decades.  Mr. Taylor belonged to the greatest generation, loved his country and his family.  Robert Taylor was an extremely talented and versatile actor and a good  man, husband and father.  We could use more like him today.

Martha Crawford Cantarini, stunt woman. “He was one of the legendary faces in motion picture history, but I knew him as a quiet, shy, educated gentleman whose honesty was reflected in that famous face. Early in his career, he once told me, he had vowed to always appear in movies that the whole family could see and had endeavored to keep that promise. A gentle human being, Bob loved his horses just as he did his family. He had an extraordinary quarter horse named Tommy whom I also loved from my first day on the set. (Martha Crawford Cantarini, Fall Girl: my life as a western stunt double. page 168)

Tay Garnett, director, “(Taylor) was one of the world’s great gentlemen….He was serious minded, hard working and keen. In spite of his astounding good looks, he was determined to be a fine actor, and not merely a star.” (L.J. Quirk, The Films of Robert Taylor, 1975, p. 102)

Deborah Kerr, actress. “When one thinks of his extraordinary good looks, he had every right to be a bit spoiled, but not Bob. He was unassuming, good natured and had a wonderful sense of humor…I felt he was a much better actor than he was given credit for.” (Tranberg)

Edwin Knopf, producer. “Those character traits (normalcy and decency) which are so 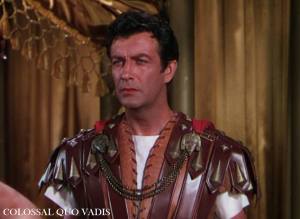 inbred communicate themselves to the audience. Audiences sense the fine qualities and like them. In addition, he’s a fine artist, a no-nonsense guy who studies his script more thoroughly than any actor I know. (Wayne, p. 206)

Robert Loggia, actor. “Bob was an extremely talented artist. He was also the ultimate gentleman and a true professional who followed the rules of the day—arrive on time, know your lines and be willing to do what had to be done to make the picture successful. Here was a guy who could convincingly play the romantic lead opposite Garbo in a picture like Camille and be just as convincing playing a cowboy. Now that’s range, but the critics really never gave him his due.” (Tranberg)

Joe Pasternak, producer. “(Taylor was) the nicest guy in the picture business….he stays out of trouble, does his job and does it well, and the crew loves him.” Tranberg

Lawrence J. Quirk, author. (Taylor) was a true gentleman and a finer artist than he would admit to himself or to others. He was well educated, socially tactful, kind and highly intelligent….An American to the core, he loved his land, kept the faith and looked for the best.” L.J. Quirk, The Films of Robert Taylor, 1975, page 11, 12.

Ronald Reagan, actor, President of the United States. “Perhaps each one of us has his own different memory, but somehow they all add up to ‘nice man.’” Eulogy for Robert Taylor, June 11, 1969.

Richard Thorpe, director. “He’s a rarity. A lot of big stars are really heels off screen and the public doesn’t know it at first. It takes them awhile to discover it. But Bob is really a nice guy and it comes through on screen. Also, he’s a rugged, handsome man and they’re pretty few and far between these days. (Wayne, p. 206)

William Wellman, director. “I was crazy about Bob Taylor…..I think Bob Taylor’s probably one of the finest men I’ve known in my whole life. And he was an actor. And he was probably the handsomest one of them all. He did everything I asked him to. He was wonderful.” (William A. Wellman by Frank Thompson.)

Robert Young, actor. “Taylor, who was perfectly capable as an actor, but he was so damn handsome that he, like Tyrone Power, looked almost feminine. He was what you might call a beautiful man. He was a wonderful, wonderful person. And a good actor, too.” (1986 interview with Leonard Maltin) 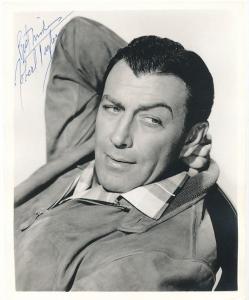 I became a Robert Taylor fan at the age of 15 when his TV show, "The Detectives" premiered. My mother wanted to watch it because she remembered Mr. Taylor from the thirties. I took one look and that was it. I spent the rest of my high school career watching Robert Taylor movies on late night TV, buying photos of him, making scrapbooks and being a typical teenager. College, marriage and career intervened. I remember being sad when Mr. Taylor died. I mailed two huge scrapbooks to Ursula Thiess. I hope she got them. Time passed, retirement, moving to Florida. Then in 2012 my husband Fred pointed that there were two Robert Taylor movies that evening on Turner Classic Movies--"Ivanhoe" and "Quentin Durward." I watched both and it happened all over again. I started this blog both for fans and for people who didn't know about Robert Taylor. As the blog passes 200,000 views I'm delighted that so many people have come by and hope it will help preserve the legacy of this fine actor and equally good man.
View all posts by giraffe44 →
This entry was posted in Biography and tagged Ava Gardner, birthday, Deborah Kerr, Edwin Knopf, George Cukor, Joe Pasternak, Lawrence J. Quirk, Martha Crawford Cantarini, Richard Thorpe, Robert Loggia, Robert Taylor, Robert Young, Ronald Regan, Tay Garnett, William Wellman. Bookmark the permalink.