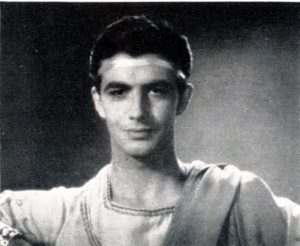 On May 5, 1933 Robert Taylor made a screen test at Samuel Goldwyn Studios. He was dressed in a Roman (not quite Quo Vadis) costume. The original caption for the pictures is: This is what producer Sam Goldwyn saw when he gave Spangler Arlington Brugh a screen test in June(sic) 1933. Mr. Goldwyn’s advice: “Go home and fatten up.” Another version I’ve seen said Taylor was told that his ribs stuck out and advised to drink a lot of milk shakes. His own comment was something to the effect that it would have been nice if they’d given him enough money for a decent meal. At the time he was running a tab at a local restaurant. BTW, it didn’t get Taylor a job. The pictures are from Life Magazine, Nov. 23, 1936. 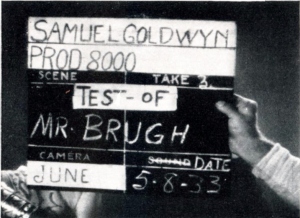 I became a Robert Taylor fan at the age of 15 when his TV show, "The Detectives" premiered. My mother wanted to watch it because she remembered Mr. Taylor from the thirties. I took one look and that was it. I spent the rest of my high school career watching Robert Taylor movies on late night TV, buying photos of him, making scrapbooks and being a typical teenager. College, marriage and career intervened. I remember being sad when Mr. Taylor died. I mailed two huge scrapbooks to Ursula Thiess. I hope she got them. Time passed, retirement, moving to Florida. Then in 2012 my husband Fred pointed that there were two Robert Taylor movies that evening on Turner Classic Movies--"Ivanhoe" and "Quentin Durward." I watched both and it happened all over again. I started this blog both for fans and for people who didn't know about Robert Taylor. As the blog passes 200,000 views I'm delighted that so many people have come by and hope it will help preserve the legacy of this fine actor and equally good man.
View all posts by giraffe44 →
This entry was posted in Biography and tagged 1930s, acting, actor, celebrities, drama, entertainment, fatten up, gentleman, glamor, Golden Era, handsome, hollywood, Life Magazine, matinee idol, MGM, movie stars, Robert Taylor, Roman, screen test, Spangler Arlington Brugh. Bookmark the permalink.