The following is from the WB Shop. Now, please, Rogue Cop!

ROBERT TAYLOR IN LOVE AND WAR 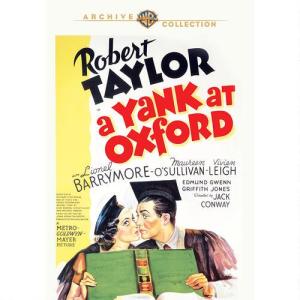 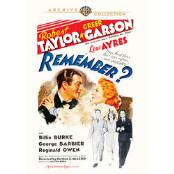 Robert Taylor, Greer Garson and Lew Ayres are the three points of a ‘happy triangle’ in Greer Garson’s sophomore feature. Garson plays a fling-prone society gal that gets engaged while on vacation to one man (Ayres) only to end up marrying the best man (Taylor). But the new bride’s anger at her husband’s puts a strain on the marriage and a split is in the offing. Re-enter best pal/ex-fiancé with a spotless mind potion…with memories wiped, can the triangle be saved? Directed by Norman Z. McLeod. Newly Remastered 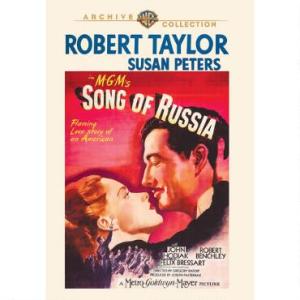 Robert Taylor plays American conductor John Meredith caught up in the Soviet side of World War II in MGM’s answer to Warner Bros.’ Mission to Moscow “Russia is our ally” wartime propaganda. And it’s an MGM show all the way – a sweeping war-time romance replete with classic USSR-style iconography including magical tractors, liberated dames, the united masses and child soldiers! But beyond all the through-the-looking-glass wonder lurks a pulse pounder with Susan Peters solidly stealing hearts as the musical prodigy that snares a maestro’s heart, only to leave love to join the anti-Nazi resistance. With Peter Benchley, John Hodiak and Felix Bressart. Directed by Gregory Ratoff. Newly Remastered 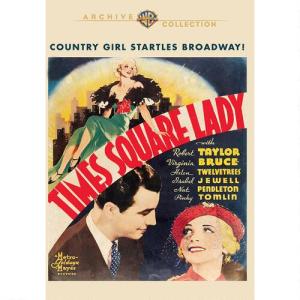 A freshly minted Robert Taylor plays a smooth and slick society scion in this early starring feature alongside Virginia Bruce who plays a country maid that heads to the big bad city to settle her father’s estate. Seeing easy pickings, a bent mouthpiece (Henry Kolker) drafts a nightclub manager (Taylor) in his bid to separate lady from legacy. But this lady is not the country mouse they think she is… The crime and romance are enhanced by a terrific ensemble that includes Helen Twelvetrees, Nat Pendleton, Raymond Hatton, Isabel Jewell and Pinky Tomlin, the singing heartthrob of 1935. Directed by George B. Seitz. Newly Remastered

I became a Robert Taylor fan at the age of 15 when his TV show, "The Detectives" premiered. My mother wanted to watch it because she remembered Mr. Taylor from the thirties. I took one look and that was it. I spent the rest of my high school career watching Robert Taylor movies on late night TV, buying photos of him, making scrapbooks and being a typical teenager. College, marriage and career intervened. I remember being sad when Mr. Taylor died. I mailed two huge scrapbooks to Ursula Thiess. I hope she got them. Time passed, retirement, moving to Florida. Then in 2012 my husband Fred pointed that there were two Robert Taylor movies that evening on Turner Classic Movies--"Ivanhoe" and "Quentin Durward." I watched both and it happened all over again. I started this blog both for fans and for people who didn't know about Robert Taylor. As the blog passes 200,000 views I'm delighted that so many people have come by and hope it will help preserve the legacy of this fine actor and equally good man.
View all posts by giraffe44 →
This entry was posted in Films and tagged A Yank at Oxford, actor, celebrities, entertainment, glamor, Golden Era, hollywood, Lew Ayres, matinee idol, Maureen O'Sullivan, MGM, movie stars, Remember, Robert Taylor, Song of Russia, Susan Peters, Times Square Lady, Virginia Bruce. Bookmark the permalink.