This undated, handwritten note is thoroughly enigmatic. I would guess that it is before World War II, maybe in the late thirties. Mr. Taylor and Ms. Rogers dated in the early thirties but probably only because MGM wanted him to be seen as a man about town, squiring numerous ladies. (Victoria Wilson, A Life of Barbara Stanwyck, NY, Simon & Schuster, 2013, page 480).  This is the only picture of them together that I have found.

From all reports the party Saturday night was a wonderful one. I can’t tell you how sorry I am for being even partially the cause of your missing it.

You do understand, of course, the reasons responsible for my sudden reversal—and I hope you will forgive me if I was rude or thoughtless.

This letter was part of exhibition called “Ginger Rogers’ Century: A Retrospective of Her Life and Career” held at Boston University [my alma mater] in 2011.  Angela Lansbury opened the exhibition.

Ginger Rogers’ Century contains letters, memorabilia and documents from the personal collection of this Academy Award-winning American actress. Rogers began singing and dancing as a child and as a teenager performed in a touring Vaudeville act before making her Broadway debut in 1929. She made her first motion picture in 1930 and eventually starred in 73 movies and many shows on stage. Unique childhood photos of Rogers and her family are displayed, as well as photos, contracts and memorabilia from her Vaudeville and early Broadway work. (Boston University Howard Gotlieb Archival Research Center) 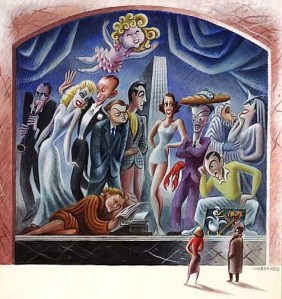 on the subject of enigmatic handwritten enigmatic letters, is a short note written by Mr. Taylor at an unknown date:  The text says: Robert Taylor (letterhead).   Thanx Honey–Real Good–almost Makes me Like Myself.  (signed) Robert (?) If anyone knows anything about this, I’d love to hear it.

I became a Robert Taylor fan at the age of 15 when his TV show, "The Detectives" premiered. My mother wanted to watch it because she remembered Mr. Taylor from the thirties. I took one look and that was it. I spent the rest of my high school career watching Robert Taylor movies on late night TV, buying photos of him, making scrapbooks and being a typical teenager. College, marriage and career intervened. I remember being sad when Mr. Taylor died. I mailed two huge scrapbooks to Ursula Thiess. I hope she got them. Time passed, retirement, moving to Florida. Then in 2012 my husband Fred pointed that there were two Robert Taylor movies that evening on Turner Classic Movies--"Ivanhoe" and "Quentin Durward." I watched both and it happened all over again. I started this blog both for fans and for people who didn't know about Robert Taylor. As the blog passes 200,000 views I'm delighted that so many people have come by and hope it will help preserve the legacy of this fine actor and equally good man.
View all posts by giraffe44 →
This entry was posted in Letters and tagged 1930s, acting, actor, Alfred Lunt, apology, Benny Godman. Ginger Rogers, celebrities, entertainment, Fred Astaire, gentleman, glamor, Golden Era, handsome, handwritten, hollywood, Lily Pons, Lynne Fontaine, matinee idol, MGM, Miguel Covarrubias, movie stars, Orson Welles, party, Robert Taylor, romance, Salvador Dali. Bookmark the permalink.